As the year slowly draws to a close i've had some time to think about the future of this project, where i want to take it and how. As someone who's only able to work on this project part time due to school, the limitations are obvious, and it's one of the primary reasons that I haven't been able to keep up with consistent work this month. Based on my logs, i've only managed to spend about 20 hours on the project across the entire month of october. Part of that is due to a week-long trip where i only had access to my phone, but it's primarily down to the real world just getting in the way.  However, i'd like to start doing more work this month, and keep consistently working on the game, and hopefully that'll translate into at least one patch arriving before the new year.

Regardless, i'd like to show off some of the things i've been working on, and that i'll continue to work on this month. Firstly, i've started working on AI, a critical part of a singleplayer FPS, and something i'm determined to get right through not only my expectations but also your feedback. Unlike a 'traditional' FPS, AI in Fall Blau will behave somewhat differently. They won't rush the player, but also won't move around schitzophrenically from cover to cover. The end goal, like with any game, is to create AI that enrich the experience and provide a challenge for the player to overcome. For Fall Blau that means AI that holds it's ground, pins down the player, and disincentivizes a guns-blazing approach to a level.

The first step towards AI is to build a level to test in, at least that's what i always start with. 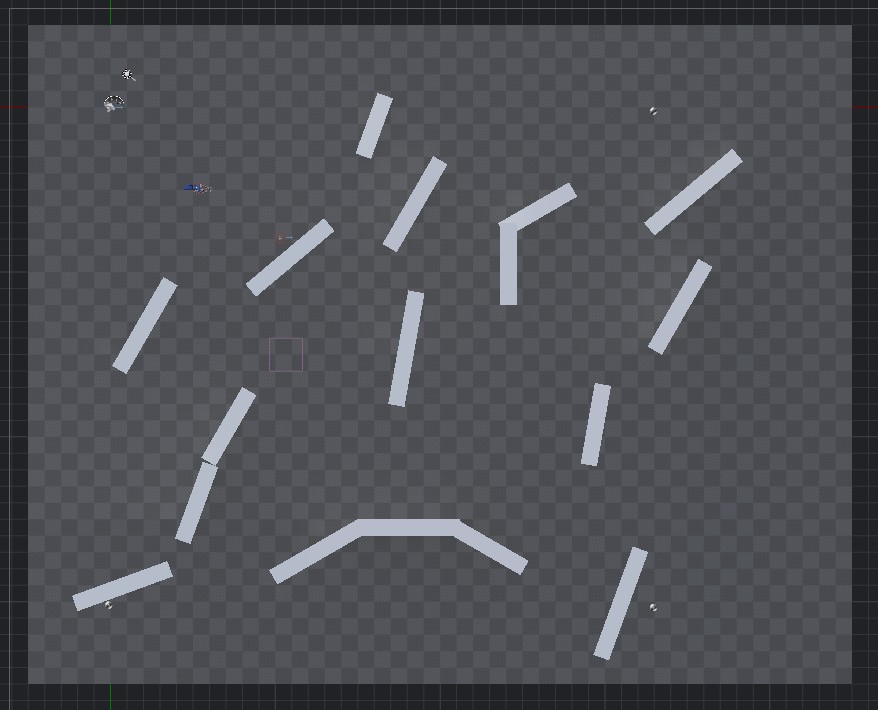 The level from the top.

This is the test level i built, it features high and low cover to test the AI's combat abilities in a variety of scenarios. 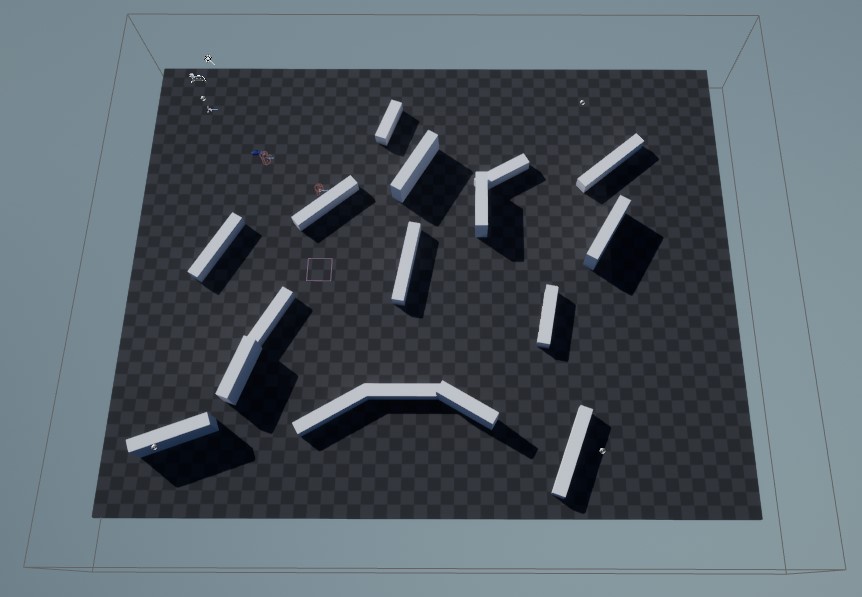 The level from the side.

This level will be available to play once the patch goes live.

AI Behaviour is of course the next step, and that starts with movement. Unlike in other games, the AI in Fall Blau is not designed to move a whole lot. With the exception of the player's friendly AI, which i'm not working on yet, AI will mostly just hold position behind cover. This, as you might imagine, isn't a huge amount of fun on it's own, in a barebones level. It's in this regard that level design will be critical to Fall Blau's success and enjoyment, as it has to facilitate this unique AI and gameplay system.  The other way that this will be 'balanced' if you will is through the weapons that the AI fire. They'll do more damage than traditional enemy weapons in games which will push players to play tactically and strategically, as a bad push could mean death, or at least being heavily wounded. This is still very much a work in progress, and i look forward to sharing more details in december's Dev Log.

I've talked a lot about levels in the previous section, and they do play a critical role to the overall experience and the story. As of yet, i'm not ready to share the story, partially because a lot of the script isn't yet written, and also because it's still being refined and perfected with real world locations and research. However, i can share more details regarding the first level of the game, where the player is sent to destroy anti-aircraft guns preventing JU-52 transport aircraft from delivering critical resources. 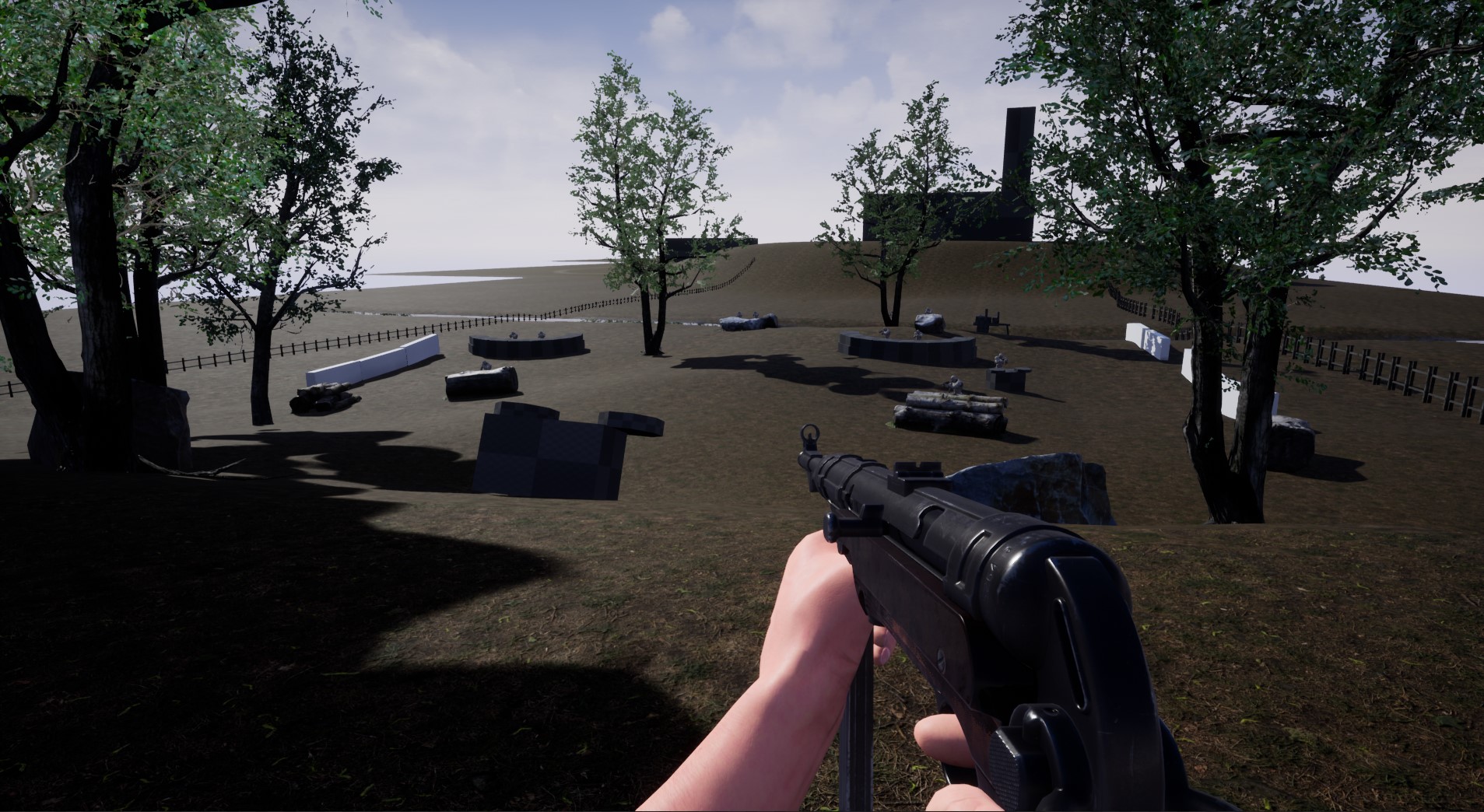 If you excuse the pre-production graphics, the layout of the first level is coming together quite nicely. Fall Blau aims to have multiple paths throughout the level that the player can take, and this level is one of the possible explorations of that idea. 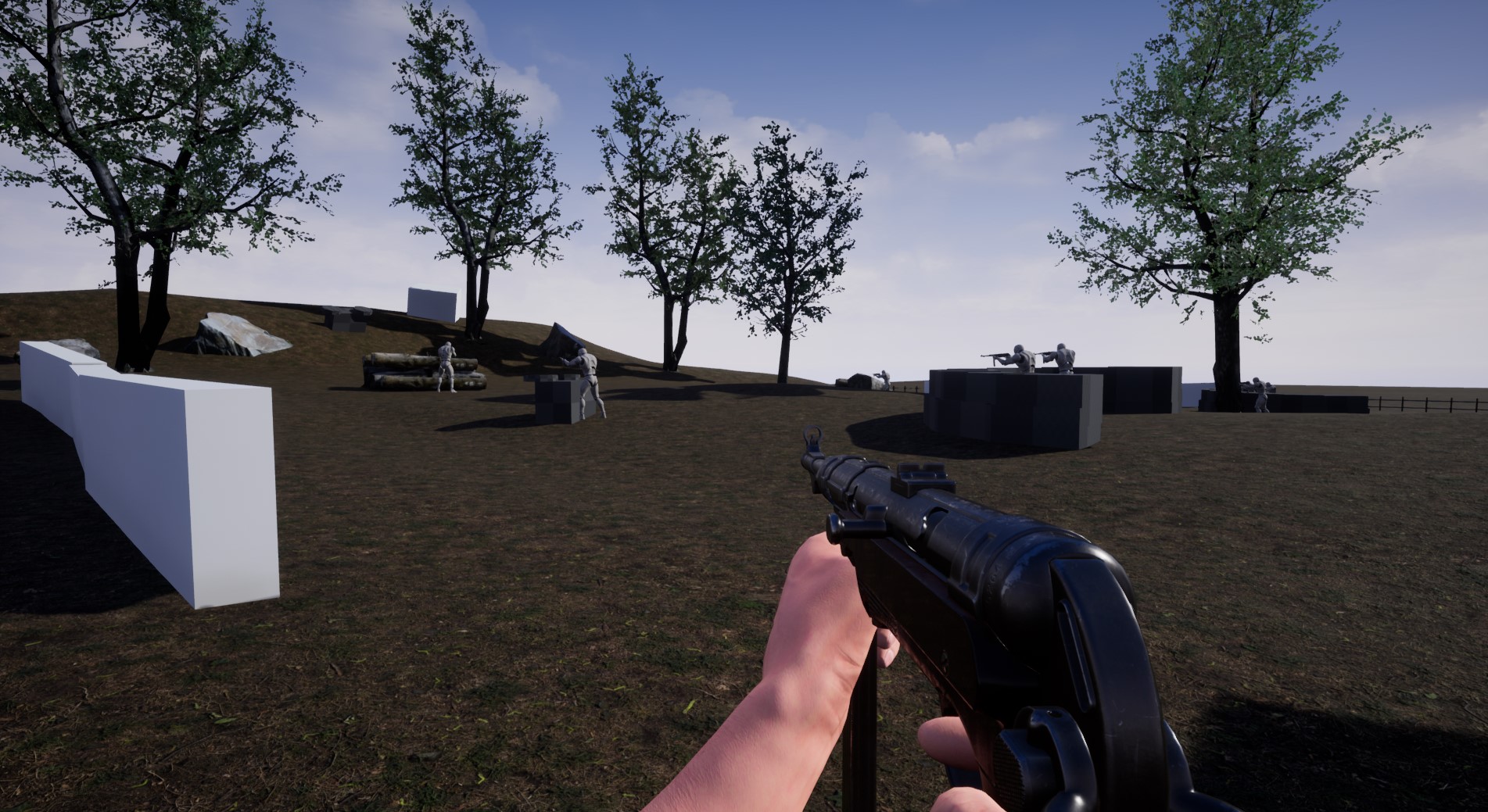 The player is able to flank around the right flank if they're careful enough and use the cover available, and consequently have access to the rear of the enemy forces in the area (currently represented by the white robobois). The same concept applies from the other flank, though with different execution. 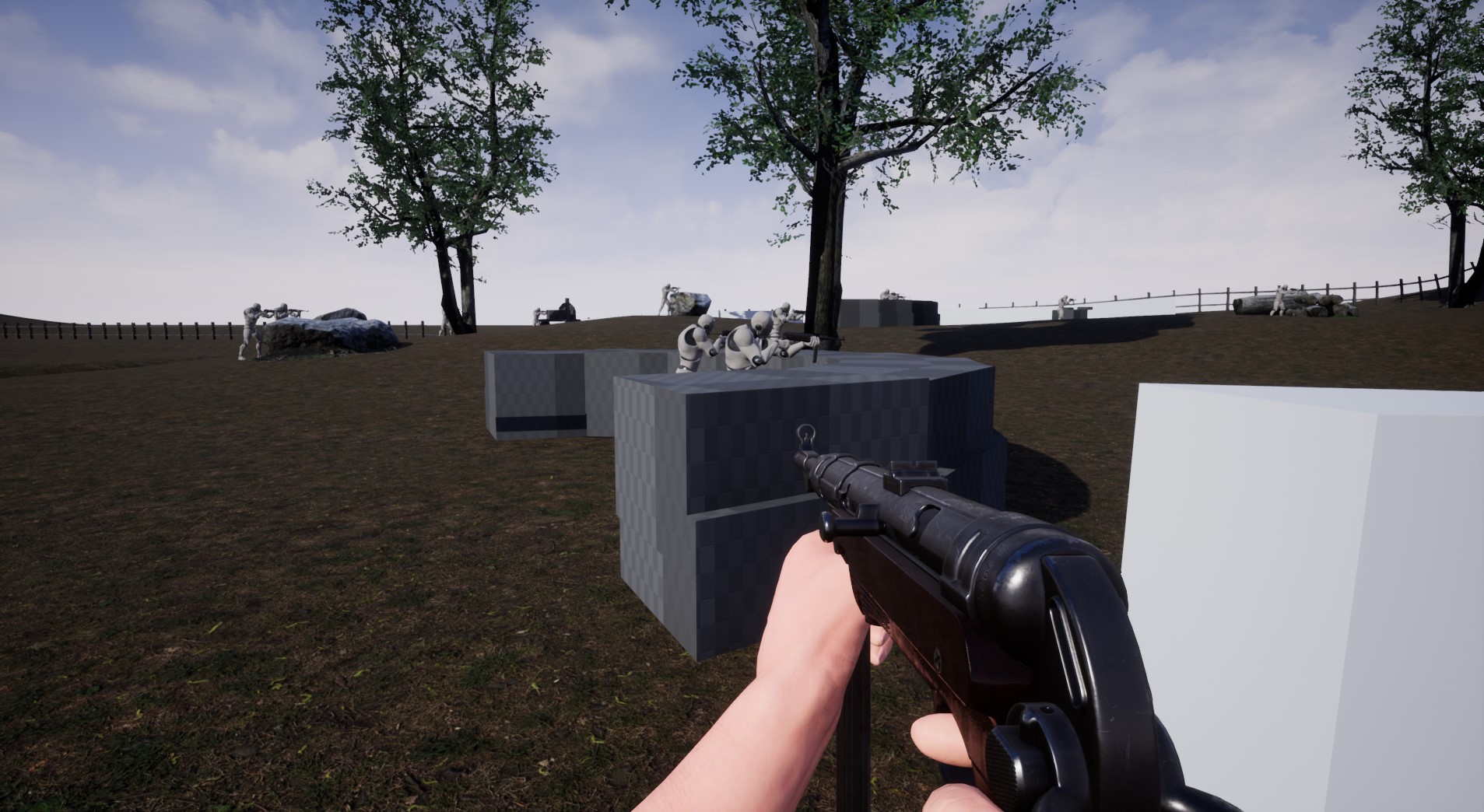 This flank is going to be easier to get to, but more difficult to clear.

Fall Blau is a narrative driven, authentic World War Two experience inspired by the shooters of the early 2000's